This game probably has the most influence over the design and mechanics of our game. Just like Arkham Horror, we intend on having enemies/suspects with particular stats or skills required to overcome to win. We will also have characters (or perhaps squads) with stats and equipment is also a consideration to boost these stats.

On the game board, they also have location specific events which we have also chosen to implement as a core part of our game. Events are different depending on time of day (day or night). To implement this into a city would be easy. For example, during the day the city centre is focused on shopping, during the night it may be nightclubs.

We particularly liked the board tiles of Mage Knight. They're laid out so there's always at least 2 hexagons from core locations making the board more varied and the core locations more special. This may make players think about whether they should move or not depending on how far they're allowed to move. It's also a customisable board which is an idea we really love and want to include in our game to make it more customisable and different to play every time.

We also liked the way of representing the characters on the board and the key points of interest.

We're being very careful not to copy this game. The interesting aspect about this game is there's the possibility of one of the players being a corrupt officer who suppresses evidence that the others are trying to uncover.

"Players move around the city searching through randomly shuffled investigation cards for evidence in relation to the murder. The number of investigation cards drawn depends on the character’s rating as well as how many player cards are added by other players to boost the character’s rating for the current “search”. There are four decks of investigation cards (Interview Witness, Collect Crime Scene Evidence, Examine Body and Locate Murder Weapon) to be searched. These decks are shuffled and placed in different locations. So, a player might search the cards in one area and not find any evidence at all… or maybe the bribed cop, if there is one, did the searching and just said no evidence was found."

We like the idea of having event cards in our game, however Police Precinct also has these.

"At the end of each player’s turn they draw an event card. These cards represent growing crime and emergencies that are happening in the city. Each one piles on top of the other, and if the cops don't stay on top of things, they will be buried in crime! These Event cards are placed on the game board at the locations where they occur. Some of them have “unknown circumstance” tokens placed face-down upon them, adding even more tension."

If we were to implement event cards to our game, I suspect we wouldn't have them stack up but have them as something the player interacts with by doing a stat check with a reward/loss. 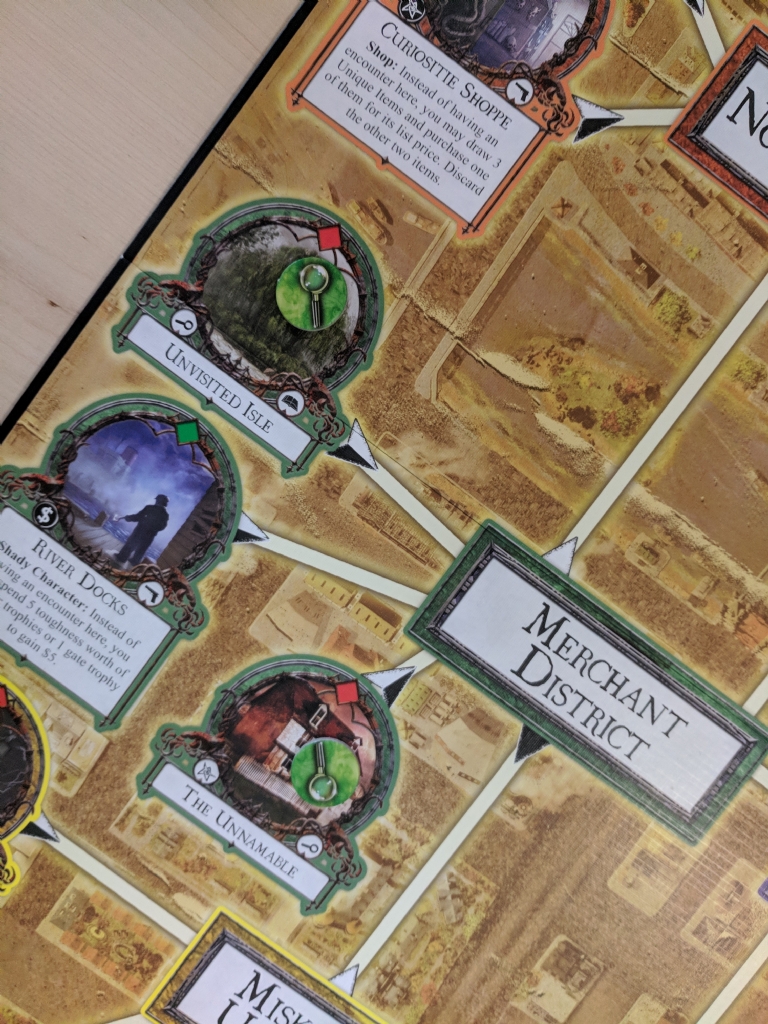 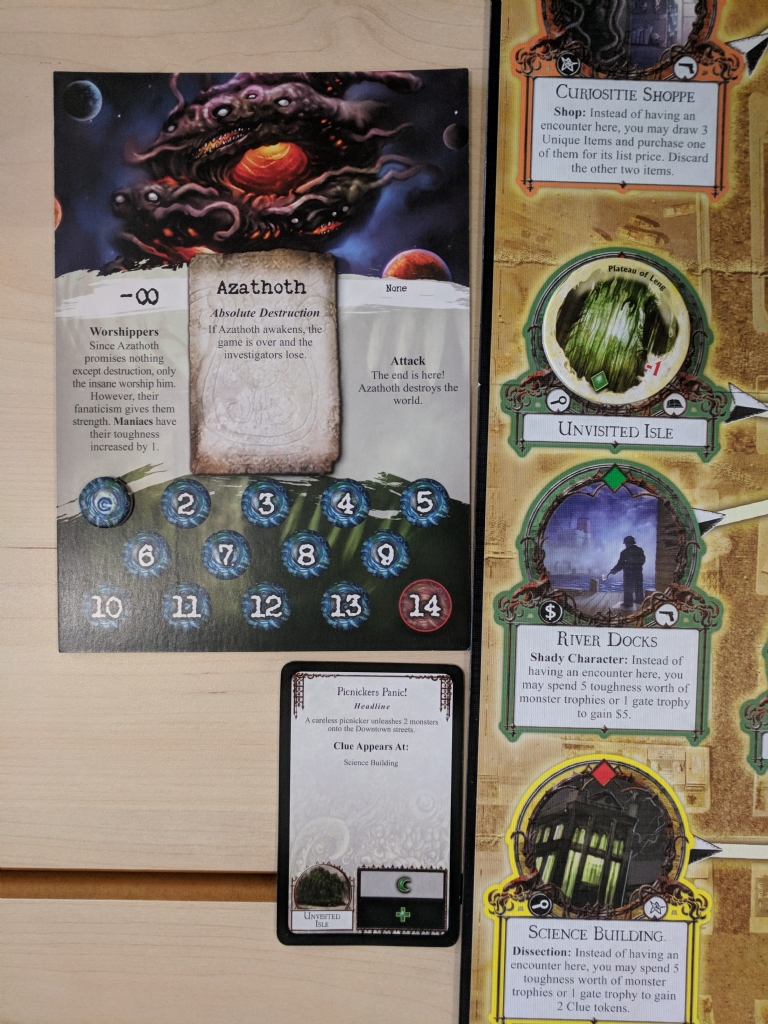 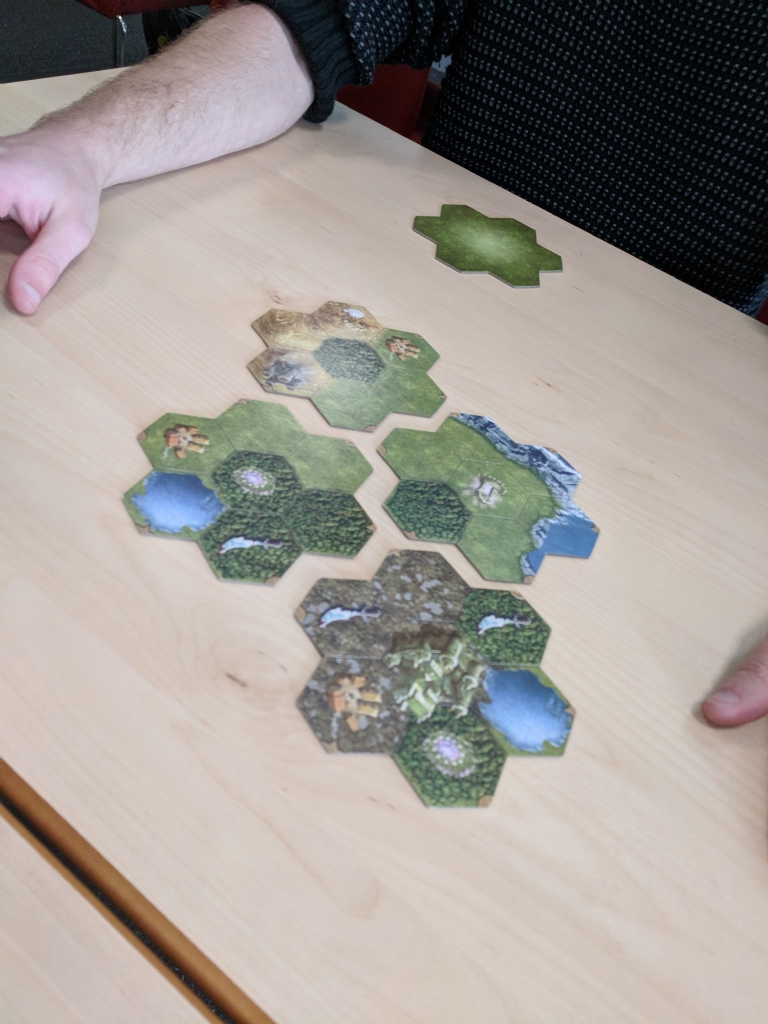 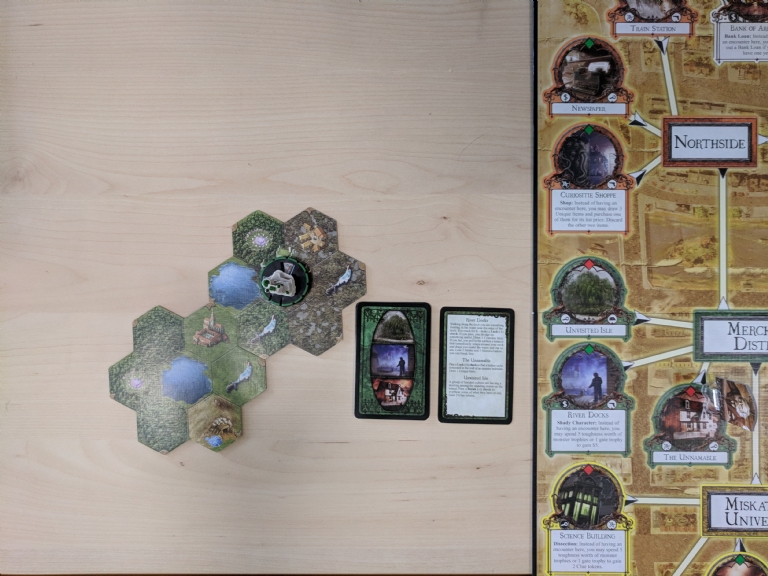 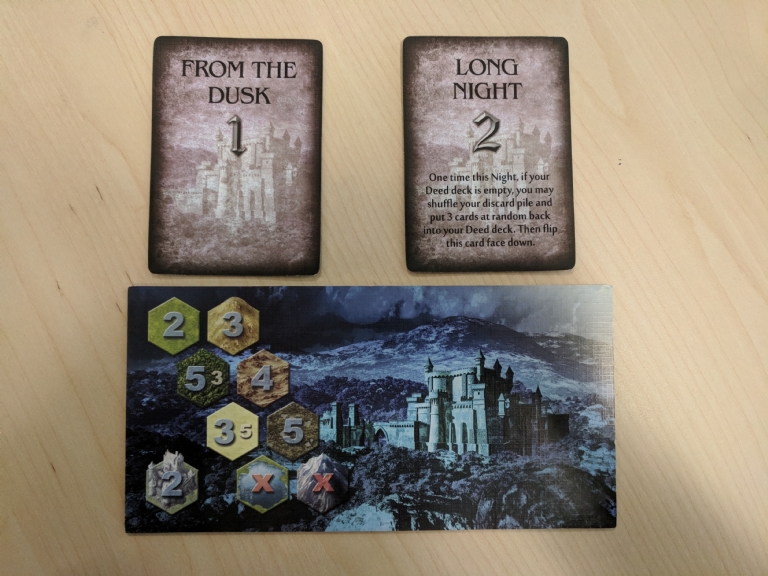 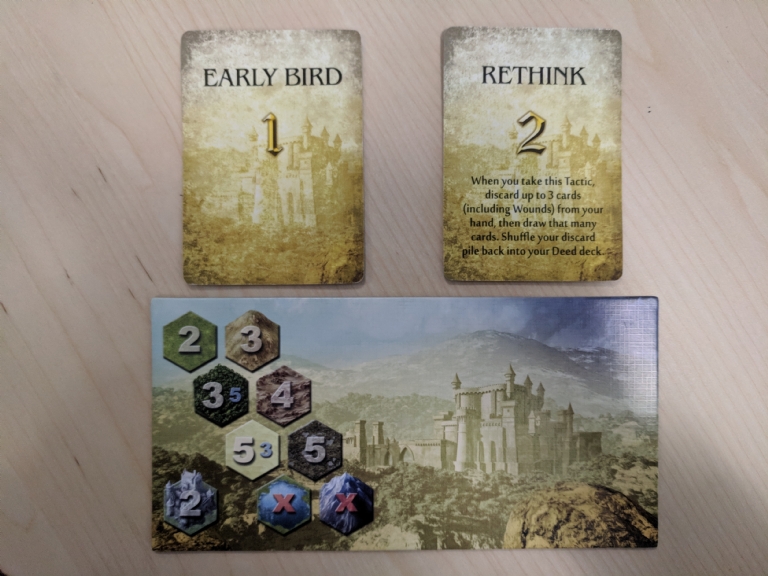 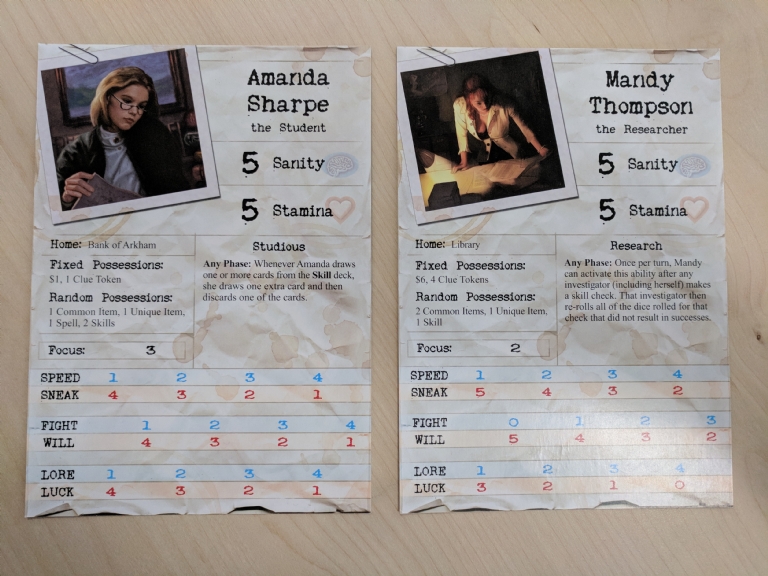 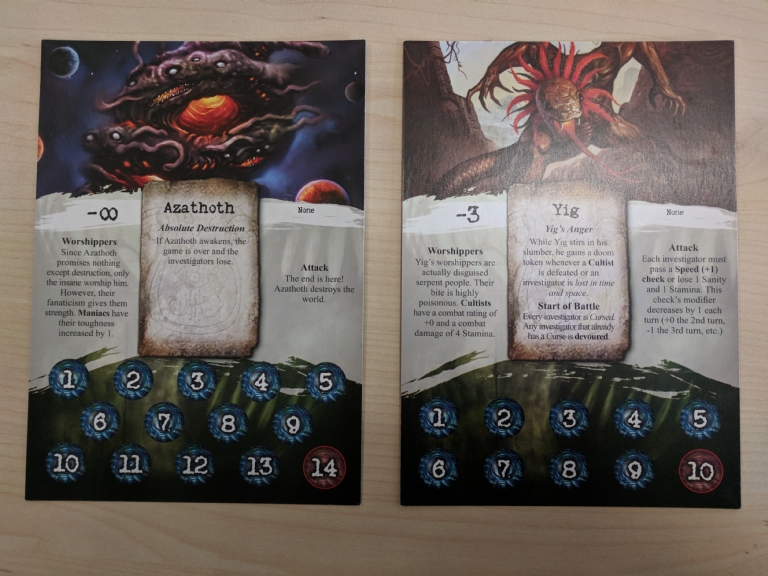 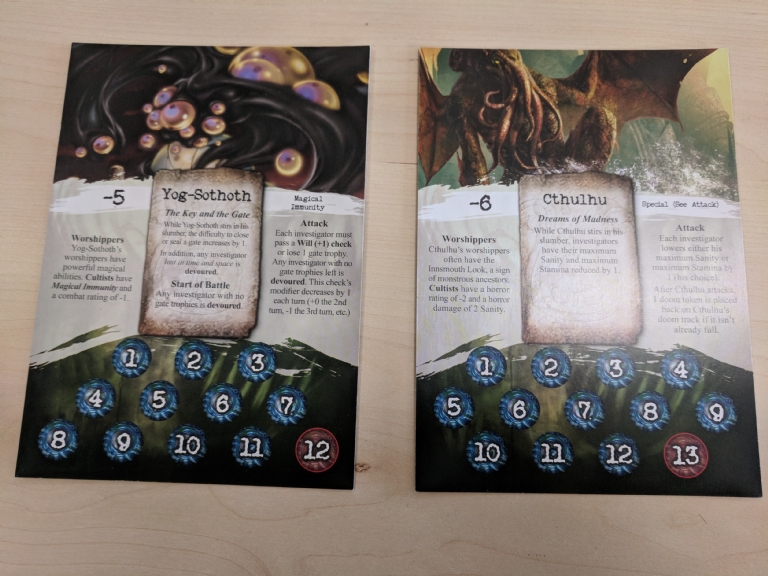 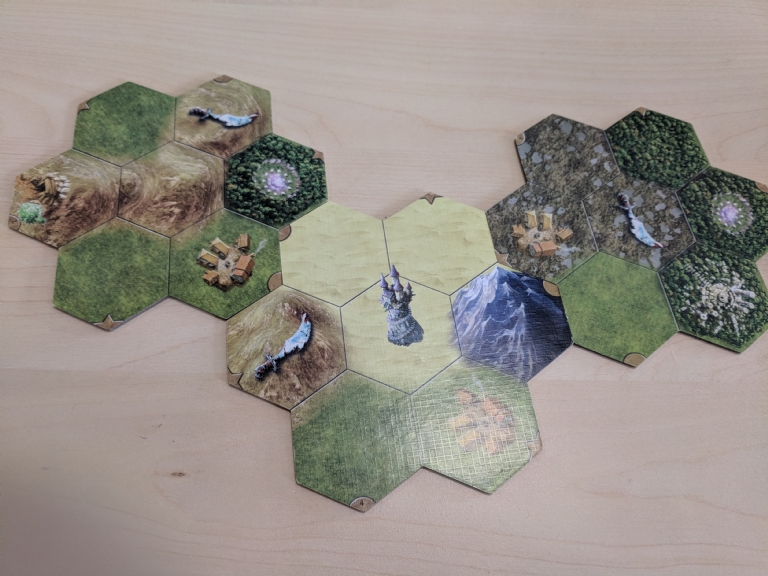 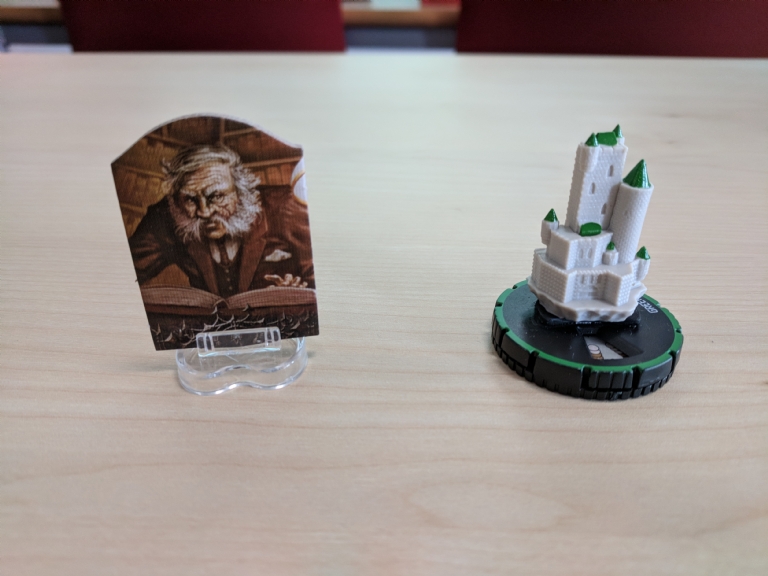